You are here: Home / Sports Mom Life / Parenting / 5 Tested Ways Failure Is Good for Success
We may receive compensation from the companies whose products we review if you click through our affiliate links. As an Amazon Associate I earn from qualifying purchases.

In life we fail more than we succeed. In order to reach our goals, it’s important to learn how failure can actually be good for success.

Success and failure often go hand in hand. In order to reach a successful goal, most of us have failed time and time again. Rarely are we able to achieve success without failing at least once, if not many. many more times! It’s a part of life, and as adults we know this well. In fact it is said that the more times we have failed in life, the sweeter it’ll be when we finally succeed, that’s IF we haven’t given up. I can certainly tell you that personal experience, succeeding by failing is a fact I just can’t argue against! 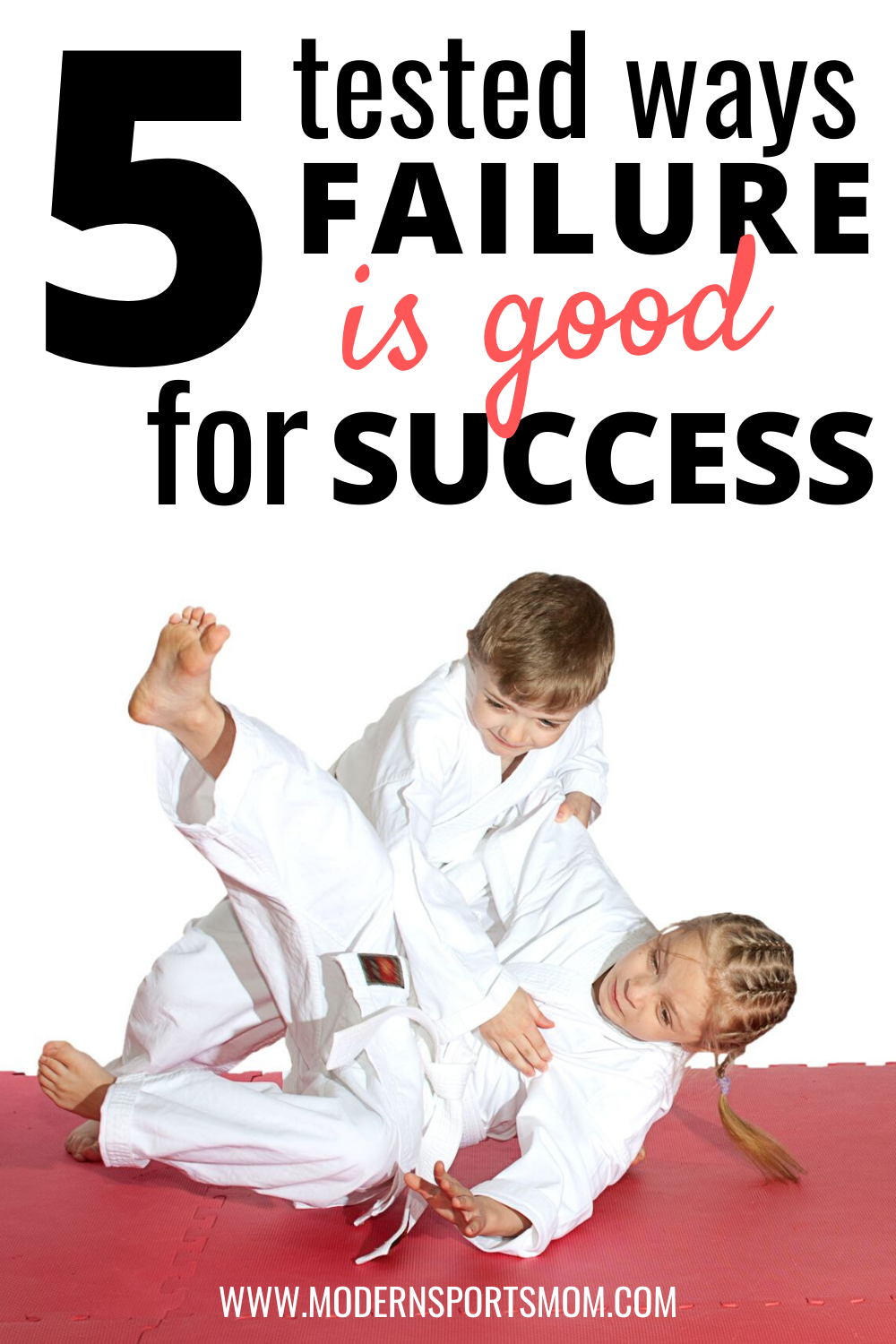 FAILURE IS GOOD FOR SUCCESS

Kids certainly don’t know this to be true, especially in sports. Many athletes are prone to just walk away and stop trying if they don’t find success the first time around. As parents we know that it isn’t until they experience failure for themselves that they can enjoy the true bliss that comes with eventual success.

People just aren’t born with this instinct. Babies stack blocks on top of each other and expect them to stay that way. Or like in the case of this cutie that went viral as she tried time and time again to insert a straw into a plastic lid. This didn’t go over very well with her. I think I can definitely relate to her frustration.

Part of the athlete’s learning process means letting them fail, and sometimes more than once.

The first lesson to teach your athletes that failing can actually be a GOOD thing. Your player may be in a vulnerable state after defeat, but this could be a great opportunity to introduce them to the look at the bright side of things. Have an open dialogue with them on how valuable it can be lose. As an athlete, student, or whatever endeavor they’re taking on, they’ll know what needs work and what they’re doing right. This is a great way to learn how to approach the situation next time. Learning from our mistakes is one of the most clear signs of growing up.

A few years ago my then 7-year-old asked to try Brazilian Jiu Jitsu. It seemed like an odd choice for my bookish, space crazy little one but he was adamant. After a little research looking for an instructor who wouldn’t scare the pants off my little guy, we assured him that it was perfectly ok to tell us if he didn’t like it and attended his first class. 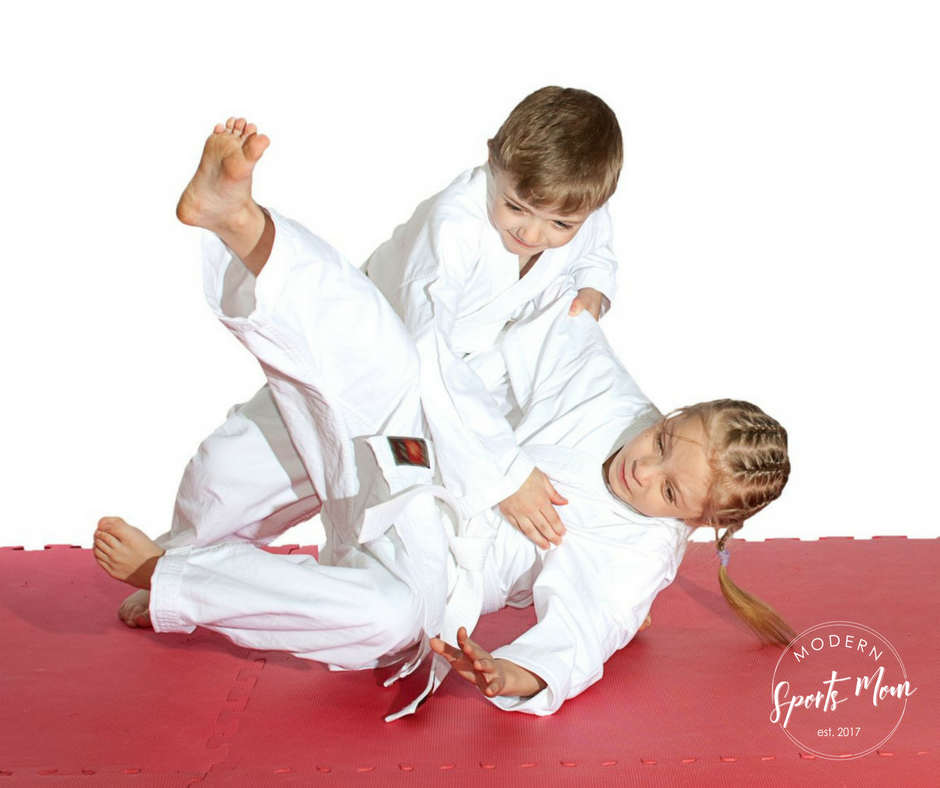 My husband and I expected him to go once or twice and start dragging his feet. To our surprise, he happily suits up 3 to 4 times a week to get pushed, thrown to the mat, jumped on, tripped and more. He’s just over 4 ft tall, quiet, and 55 lbs after a big meal. Even the smaller kids in his class easily move him around. But he gets back up, smiles at me and gets back to work.

There is one kid that he frequently spars with as they are almost the same size. This kiddo is fast, strong, and 3 belt levels ahead of my son, already regularly competing. After a particularly rough practice, I had to stress to my son that it was ok to tap out. Even when this kid keeps wrapping him up, my guy would just hold on and keep going.
Over a matter of weeks, he became stronger and more flexible, building the muscle memory to land on the mat safely and escape holds. By April,  he sparred with that same kid, who wasn’t able to take him down once.
On the way home from practice, he explained that his improvement is because he is approaching it like a science experiment – with trial and error. Tonight, he said, it was finally getting results because he was able to capably defend himself. This other kid doesn’t like it when he mirrors his grip and steps into his right, stronger arm. For months, he’s been steadily, cautiously testing from week to week, shifting his technique each time based on what was and wasn’t working. And now, it worked. Not 100% – he didn’t take the other kid down – but he absolutely saw that practice as a win after all of his trial and error.
If my kid can invest 2 months in simply assessing his Jiu Jitsu sparring partner, I can take a deep breath and embrace the journey.

Parenting stress is intense – the stakes are terrifyingly high when you are responsible for another life. The small, daily decisions take on pressure. Did he have a bad practice because I didn’t make sure he ate? Did I forget about an assignment? Intellectually, I know that none of these things that feel like they are  going wrong will change his life. But, there is still so much pressure to get it right.

Watching my son experience the constant trial and error of learning BJJ reinforces a lesson about the importance of failure. I must let him fail – forget that assignment, leave his snack on the counter. I can teach him habits and set up routines. I can remind him.  But the real lesson he is learning is that failure is simply a learning opportunity.

3. FAILURE AS A LEARNING OPPORTUNITY

Success by failure is all about one key thing. The key to seeing failure as a learning opportunity?
Attitude. As with anything in life, your perspective and reaction to the situation at hand is everything. Viewing failure as an opportunity to improve will make all the difference in how we feel. It’s so important that we remind kids of this.

In order to reach a goal successfully, most of us have had to fail time and time again. Learning to succeed by failing first is the key to failing like a boss!

Every child is different – in motivators, learning style and currency. My son is a bit of a perfectionist, on the cautious side and extremely sensitive to the approval of authority figures. He puts an enormous amount of pressure on himself in school so I was apprehensive when he started Jiu Jitsu. In a sport where being literally knocked down is a key function, would he stress himself out?
To my surprise, the answer has been no. I’ll lay the credit for this in large part on an excellent coach who emphasizes an active learning style. The kids’ efforts are recognized and praised even when they don’t quite manage the desired result. Combined with son’s determination to view each practice as a science experiment, this means that no matter how hard he is struggling in a match, he gets up with a smile, a hand shake and a quip about what he was trying to do.

Without all of the other benefits I’ve seen in him from Brazilian Jiu Jitsu, I’d be happy with this one. He has learned to embrace the failure phase of the learning process, to understand the value of a wrong answer. A valuable lesson he’ll take with him as he grows up and the failures become a wee bit big bigger!
Now, if we could just apply this principle to cleaning his room!

HOW ELSE CAN WE TEACH OUR KIDS TO EMBRACE THAT FAILURE IS GOOD FOR SUCCESS?

This post was brought to you in part by a Modern Sports Mom contributor, Kristen Smith.

« We Can’t Be Friends, I’m a Sports Mom
The Trouble With Year Round Sports »

Modern Sports Mom is a participant in the Amazon Services LLC Associates Program, an affiliate advertising program designed to provide a means for sites to earn advertising fees by advertising and linking to Amazon (amazon.com, or endless.com, MYHABIT.com, SmallParts.com, or AmazonWireless.com).